Rome, Italy’s capital is a sprawling, cosmopolitan city with nearly 3,000 years of globally influential art, architecture and culture on display. Ancient ruins such as the Forum and the Colosseum evoke the power of the former Roman Empire. Vatican City, headquarters of the Roman Catholic Church, has St. Peter’s Basilica and the Vatican Museums, which house masterpieces such as Michelangelo’s Sistine Chapel frescoes. The 18th-century Spanish Steps sit at the heart of Rome’s high-end shopping district, with designer boutiques lining Via Condotti and Via Borgognona. Visitors toss coins into the iconic, baroque Trevi Fountain. The Pantheon, dating to the second-century A.D., holds Raphael’s Renaissance-era tomb. Rome’s hearty cuisine includes such traditional dishes as carbonara, amatriciana and saltimbocca. After-dark activities range from seeing one of Verdi’s classic operas at Teatro dell’Opera to club-hopping in working-class Testaccio, once the city’s slaughterhouse district.

Rome is one of world's most photogenic cities - not surprising when you consider what's here: The Vatican, the Trevi Fountain, St Peter's Square, Spanish Steps, Colosseum... Whether you spend your time sightseeing, or watching the world go by in a pretty outdoor cafe, it will be your turn to feature in your very own Roman holiday.

Italy has fun and fascinating festivals every single month of the year, and the Italians don't miss the chance to enjoy as many as possible.

August is a good time for festivals in Italy. Look for brightly colored posters for a festa or sagra. Many Italians take vacations in August, often to the seaside, so you're more likely to find festivals there and you may run across a medieval festival that includes people dressed in medieval costumes. Round Italy, many summer music festivals and outdoor concerts are held in August.

August 15, Ferragosto (Assumption Day), is a national holiday so many businesses and shops will be closed. You'll find celebrations in many places in Italy on this day and the days before and after, often including music, food, and fireworks. In some cities like Rome & Milan, the city will empty out as Italians leave the city for the beaches and mountains.

Medieval Palio - Felire in the Veneto region holds a medieval festival the first weekend in August with a parade and archery competition.

La Quintana - Ascoli Piceno, in central Italy's the market region, holds a historic jousting tournament the first Sunday in August. The tournament, one of the best medieval festivals in the Marche, is preceded by a huge parade with people dressed in fifteenth-century costume.

Festa della Madonna della Neve, on August 5, celebrates a miraculous summer snowfall in the fourth century that prompted the building of the Santa Maria Maggiore Church, one of Rome's main churches.

Palio del Golfo, a rowing race between the 13 maritime villages that border the Bay of La Spezia is held the first Sunday in August in the water off the promenade in La Spezia. (Gulf of La Spezia Map)

Giostra di Simone, in the Tuscany town of Montisi, is heldon Sunday afternoon closest to August 5. First, there's a costumed parade followed by a tournament of knights representing the four contrade, or neighborhoods, of the town. Montisi and the Giostra di Simone

Palio of the Pupe, in Cappelle sul Tavo near Pescara, is a night parade of huge effigies that eventually explode with fireworks.

Festa del Mare - Diano Marina in Liguria holds a festival of the sea with a good fireworks display on August 15.

Castelli, a village in the Abruzzo region famous for its ceramics, celebrates August 15 by tossing all the imperfect ceramics from a height, smashing them in a dramatic fashion.

Festa dei Candelieri - The festival of the candle in Sassari, Sardinia, dates back to the 16th century. In this exciting festival held on August 14-15, you'll see a race with teams of men bearing huge and very heavy candles. It's a very interesting event.

Palio of Siena - The second round of the famous Palio race in Siena is August 16 (the first race was July 2). Siena gets very crowded around the time of the Palio so plan ahead.

The Miracle of the White Madonna is celebrated with a torchlight procession in the Ligurian seaside village of Portovenere on August 17.

La Fuga del Bove, Escape of the Ox, is a 3-week festival in Tuscany's town of Montefalco. Events include processions in historic costumes, music, food and drink, and competitions among the town's four quarters.La Perdonanza, the Pope's pardon, is celebrated August 28-29 in the Abruzzo capital of L'Aquila with two days of processions in elaborate historic costume.

Founded by Pope Julius II in the early 16th century and enlarged by successive pontiffs, the Vatican Museums boast one of the world's greatest art collections. Exhibits, which are displayed along about 7km of halls and corridors, range from Egyptian mummies and Etruscan bronzes to ancient busts, old masters and modern paintings. Highlights include the spectacular collection of classical statuary in the Pio-Clementine Museum, a suite of rooms frescoed by Raphael, and the Michelangelo-painted Sistine Chapel.

Castel Sant’Angelo opens again its doors during the warm summer nights to offer both Romans and tourists a chance to experience a special visit in this suggestive landmark. The schedule includes from Tuesday to Sunday guided tours into areas of the Castle to which access is usually denied to every day visitors (Guide available in Italian, English). Furthermore free concerts of classic, opera and jazz music will take place in the Theatre Court.

An impressive rather confusing sprawl of ruins, the Roman Forum was ancient Rome's showpiece centre, a grandiose district of temples, basilicas and vibrant public spaces. The site, which was originally an Etruscan burial ground, was first developed in the 7th century BC, growing over time to become the social, political and commercial hub of the Roman Empire. Landmark sights include the Arch of Septimus Severus, the Curia, and the House of the Vestals.

In this city of outstanding churches, none can hold a candle to St Peter's (Basilica di San Pietro), Italy’s largest, richest and most spectacular basilica. Built atop an earlier 4th-century church, it was consecrated in 1626 after 120 years' construction. Its lavish interior contains many spectacular works of art, including three of Italy's most celebrated masterpieces: Michelangelo’s Pietà, his soaring dome, and Bernini’s 29m-high baldachin over the papal altar. Expect queues and note that strict dress codes are enforced, so no shorts, miniskirts or bare shoulders.

Sandwiched between the Roman Forum and the Circo Massimo, the Palatino (Palatine Hill) is an atmospheric area of towering pine trees, majestic ruins and memorable views. It was here that Romulus supposedly founded the city in 753 BC and Rome's emperors lived in unabashed luxury. Look out for the stadio (stadium), the ruins of the Domus Flavia (imperial palace), and grandstand views over the Roman Forum from the Orti Farnesiani.

If you only have the time (or inclination) for one art gallery in Rome, make it this one. Housing what's often referred to as the ‘queen of all private art collections’, it boasts paintings by Caravaggio, Raphael, and Titian, as well as some sensational sculptures by Bernini. Highlights abound, but look out for Bernini's Ratto di Proserpina (Rape of Proserpina) and Canova's Venere vincitrice (Venus Victrix). To limit numbers, visitors are admitted at two-hourly intervals, so you'll need to pre-book your ticket and get an entry time.

Rome’s great gladiatorial arena is the most thrilling of the city's ancient sights. Inaugurated in AD 80, the 50,000-seat Colosseum, also known as the Flavian Amphitheatre, was clad in travertine and covered by a huge canvas awning held aloft by 240 masts. Inside, tiered seating encircled the arena, itself built over an underground complex (the hypogeum) where animals were caged and stage sets prepared. Games involved gladiators fighting wild animals or each other.

The Fontana di Trevi, scene of Anita Ekberg's dip in La Dolce Vita, is a flamboyant baroque ensemble of mythical figures and wild horses taking up the entire side of the 17th-century Palazzo Poli. After a Fendi-sponsored restoration finished in 2015, the fountain gleams brighter than it has for years. The tradition is to toss a coin into the water, thus ensuring that you'll return to Rome – on average about €3000 is thrown in every day.

For a thousand years this monumental cathedral was the most important church in Christendom. Commissioned by Constantine and consecrated in AD 324, it was the first Christian basilica built in the city and, until the late 14th century, was the pope’s main place of worship. It's still Rome’s official cathedral and the pope’s seat as the bishop of Rome. The basilica has been revamped several times, most notably by Borromini in the 17th century, and by Alessandro Galilei, who added the immense white facade in 1735.

Dating to 1471, the Capitoline Museums are the world's oldest public museums. Their collection of classical sculpture is one of Italy's finest, including crowd-pleasers such as the iconic Lupa capitolina (Capitoline Wolf), a sculpture of Romulus and Remus under a wolf, and the Galata morente (Dying Gaul), a moving depiction of a dying Gaul warrior. There's also a formidable picture gallery with masterpieces by the likes of Titian, Tintoretto, Rubens and Caravaggio. Ticket prices increase when there's a temporary exhibition on.

A magnet for visitors since the 18th century, the Spanish Steps (Scalinata della Trinità dei Monti) provide a perfect people-watching perch. The 135 steps, gleaming after a recent clean-up, rise from Piazza di Spagna to the landmark Chiesa della Trinità dei Monti. Piazza di Spagna was named after the Spanish Embassy to the Holy See, although the staircase, designed by the Italian Francesco de Sanctis, was built in 1725 with money bequeathed by a French diplomat. 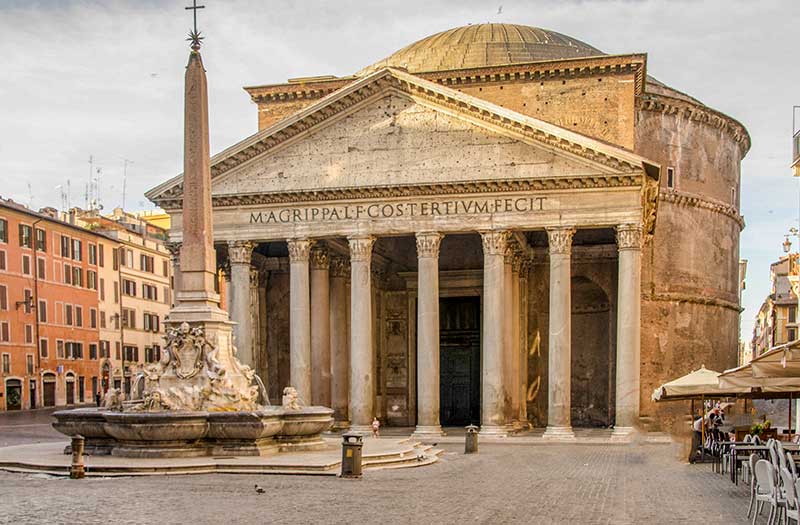 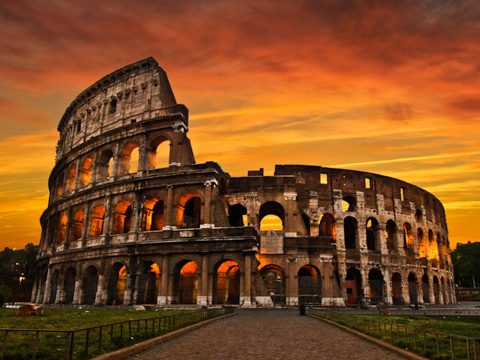 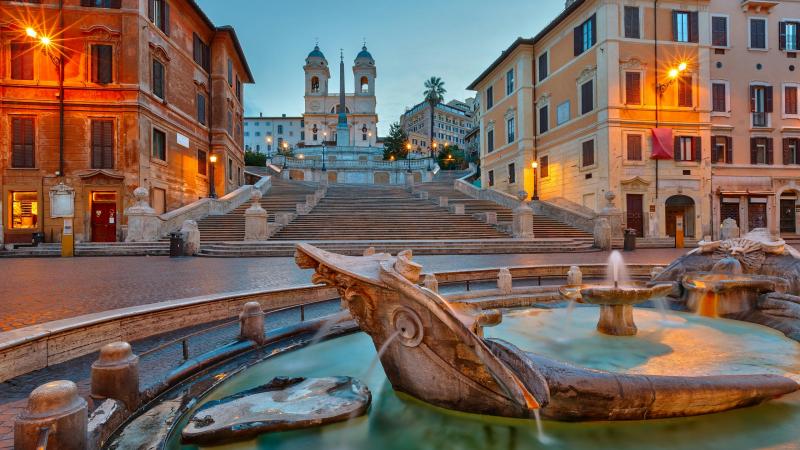